A process that foregrounds compassion, strives to avoid shaming, and ultimately seeks restoration 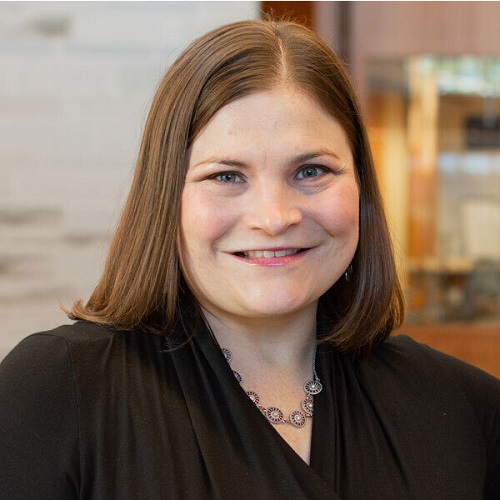 The text this week is a mishmash of communal disciplinary guidelines, sayings of Jesus (with parallels in Luke 17), and a hyperbolic parable all stitched together with the thematic thread of “Sin and Forgiveness.”  Matthew, probably more overtly than any other Gospel, has deep concerns about how we are to exist as a Christian community. After all, many scholars believe that Matthew’s community was a collection of largely Jewish Jesus-followers who had recently left, been kicked out of, or were alienated from their synagogue communities.1 Estranged from their religious, social, and cultural home among their Jewish siblings, they had to figure out what it meant to exist as a community in an urban area where they had to “carve out an identity among many competing possibilities.”2 Indeed, Matthew is the only Gospel to employ the Greek word ekklesia or “church” (16:18 and 18:17). In short, this Gospel is not written for a stable institution of folks who have their community structure figured out and pages of bylaws to follow. Instead, the original audience was most likely a fragile, hurting, vulnerable collection of folks trying to navigate a new kind of community amid hurt and uncertainty.

After the parable of the lost sheep and the caring shepherd, the author of the Gospel (for ease, we’ll call them “Matthew”) turns to the topic of sin and forgiveness. Matthew is not prone to sugar-coating much of anything and he gives this subject the same treatment. He assumes the community will experience pain, conflict, struggle, and disagreement as they figure out what it means to be Christ-followers amid conflict, Roman occupation, and competing allegiances. While Matthew doesn’t shy away from his particular brand of intense and hyperbolic declarations, this text feels refreshingly honest about the struggles of living in community. In a time when so many in our churches are asking “Can’t we all just get along?,” Matthew answers “No. But we have a plan for that.”

Starting at verse 15, Matthew begins to outline a set of procedures and guidelines for what to do when “a brother or sister sins against you.”3 The first thing to note is that this concern of sin is not a private matter to be arbitrated between the sinner and God. Instead, sin is considered a communal concern. Matthew, through words credited to Jesus, reminds his community (and us!) that sin has the potential to hurt others and fracture community. Even more, the loss or wandering of a single member of the flock (as in the previous parable), wounds the whole. But just because sin has the potential for collective harm, doesn’t mean the sinner should be dealt with harshly. Instead, the text lays out a process that foregrounds compassion, strives to avoid shaming and embarrassment, and ultimately seeks restoration. By moving from a private conversation to a group conversation to finally an intervention before the church community, the offender is given multiple opportunities to recognize what has been broken, admit their wrongdoing, and be restored to the community.

When taken seriously, it is a laborious process. To follow these many steps resists our very human inclination to cut people off who have hurt us or simply let people who have “made their bed, lie in it.” Instead, this is a procedure that insists that the spiritual and relational wellbeing of each person is something worth fighting for and restoration to community is worth our time and energy. In a time when political and social divisions seem to be driving us to opposite corners or, perhaps, separate Bible or book studies; when social media allows us to “unfriend” or “unfollow” those with whom we disagree; when we are invited into echo chambers where we are told those who are different are an adversary or even an enemy that threatens our capacity for success, this text invites us to remember our call as a community. This seemingly pedantic set of rules and regulations for communal living invites us to take seriously both the way our sin impacts others as well as our summons to restore kinship with one another.

Of course, even given our best efforts, such restoration might not happen; people may choose not to confess their wrongdoing or be interested in reconnecting to the community. And Matthew has a plan for that, too. As Jesus says in the Gospel text, “If the member refuses to listen to [the small group of witnesses], tell it to the church; and if the offender refuses to listen even to the church, let such a one be to you as a Gentile and a tax collector” (verse 17). In other words, let them go and continue beyond the bounds of the community. But an astute reader will note that the comparison to a tax collector or Gentile is not language of complete or permanent rejection, at least not in the presence of Jesus. Jesus regularly ate with tax collectors (see Matthew 9:11 or 11:19) and ministered among the Gentiles (see Matthew 15:21-28). And so, it might be fair to say that the community is to allow that person to retreat outside the bounds of community, but never beyond the bounds of God’s grace or the possibility of future restoration.

This is not easy. This kind of procedure requires us to take seriously the hurt caused by others and seek restoration when every bone in our body wants to reject the one who caused us hurt. But, as the rest of the text goes on to implore, this is our call because we worship a God who has lavished undeserved and abundant grace on us. We forgive “seventy-seven times” because we worship a God who does not count the times we need forgiveness. We forgive our debtors because God forgives absurd amounts of our debt, like the king in the parable. At the end of the day, while the consequences of sin are real and must be of communal concern, we are able to attend to one another grounded in the grace of God that exceeds our imaginations or analogies.

A process that foregrounds compassion, strives to avoid shaming, and ultimately seeks restoration
Print All Text Print All Commentary