Hess’ most recent professional experience includes serving on the editorial board of the premier journal in her field, Religious Education (1999-present), working with the Lexington Seminar and the Wabash Center, and serving as a core member of the International Study Commission on Media, Religion and Culture. She is a member of the Religious Education Association, the American Academy of Religion, and the Catholic Theological Society of America.

Her most recent publications include the books: Teaching Reflectively in Theological Contexts: Promises and contradictions (Melbourne, FL: Krieger, 2008), and  Engaging technology in theological education: All that we can’t leave behind, (New York: Rowman Littlefield 2005). She maintains her own website and has written her weblog, Tensegrities, since 2003. 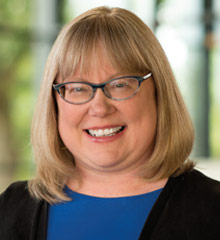